I was wondering how to start this next post and I have decided just to start with the impression I always had about Athens. The truth of matter is that we always liked to consider ourselves Europeans but our geographical position, thank God, gave us a little twist, DNA-wise, working-wise, temper-wise and inevitably art and architecturally-wise. All cities and islands have a different twist, depending on colonies and conquerors through the centuries. The Ionian and Dodecanese islands as well as some of the cyclades and Patras have an Italian twist (mainly under Venetian rule), Crete and Macedonia have a more define Muslim color, Thessaloniki always had a vibrant Jewish side etc.
Invariably, Athens has a particular character, too; and what an insane, phenomenal, spectacular patchwork through years and cultures it is!!!!
As I like to say, Athens is a beautiful chaos. It looks like Istanbul, Rome, Naples, Paris and Marrakech all at once…..!!
Elegant neighborhoods alternate with dirty, old, multinational loud ones, and create a perfect mosaic. It’s almost impossible not to see it’s ugly side in order to discover the most beautiful and sophisticated sites of Athens. And that’s exactly how one can find himself wondering in Dionysus Areopagite street, squeezed between Koukaki (interesting but very common), Thesion ( beautiful but touristy), Acropolis (the famous one) and Syggrou avenue ( that connects the central Attica-Athens- with the seaside).

Entering from Plaka and leaving behind its touristic shops, low buildings between ancient ruins and findings, one can clearly understand that the scenario starts changing. 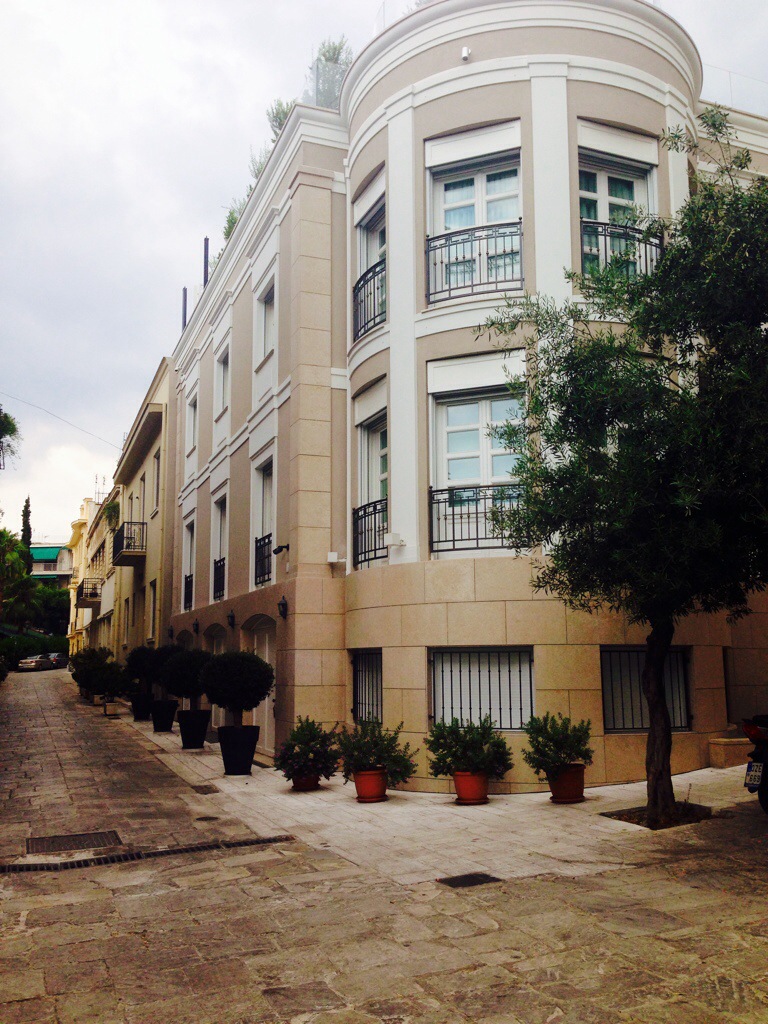 The walk starts right across the Temple of Olympian Zeus and the Arch of Hadrian, with the first 100 meters or so to be rather boring, with only a couple of interesting mid century condominiums to rise left and right of the street. The first important building is the Weiler Building, the old neighbor of the new museum of Acropolis. 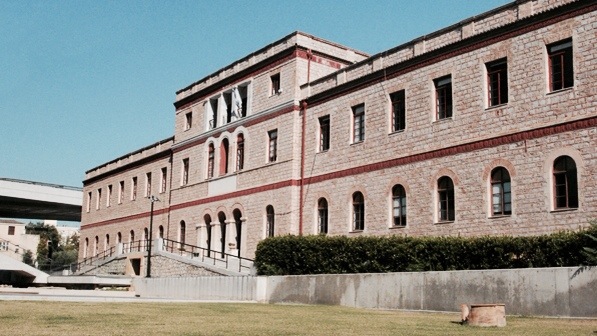 Designed and built in 1863 from the Bavarian Wilheim Von Weiler, in order to house the military hospital, it follows a typical German neo-romantic rhythm. Since 1978, and after radical renovation it houses the studies center of Acropolis.

Right next to it, the new “Acropolis Metro Station”, connects the site with the vast Attic basin. Inside the station, in my opinion one of the prettiest around Europe, one can find full scale copies of the Parthenon pediments as well as original findings from the excavations for the underground. 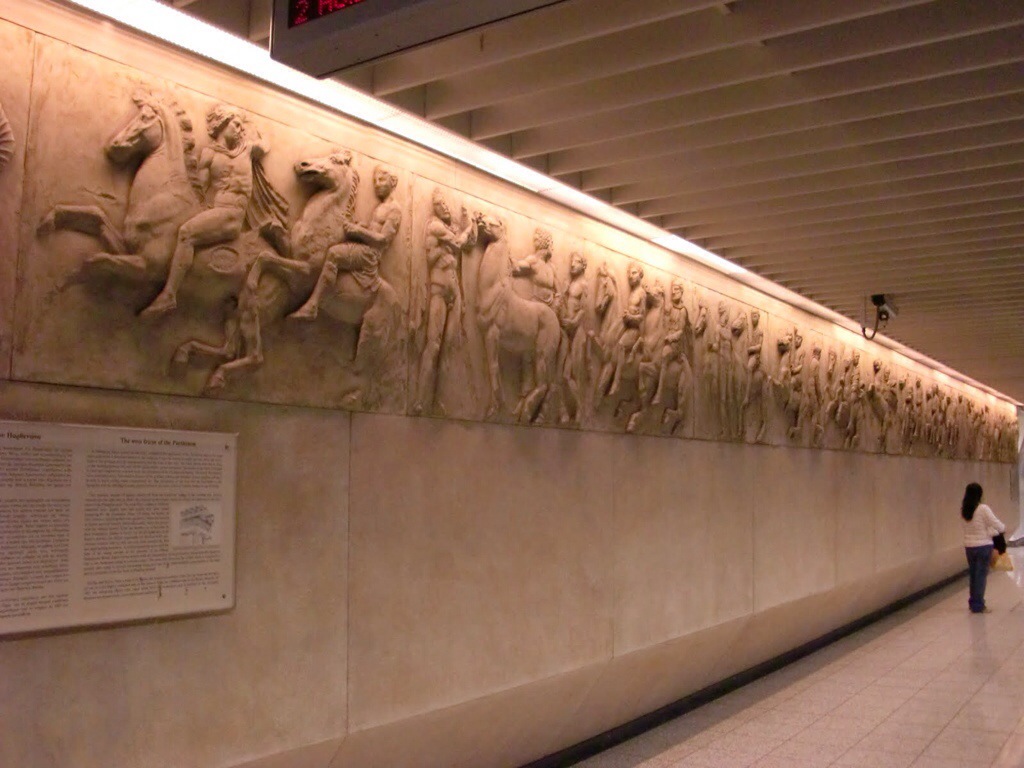 The new Acropolis Museum is our next stop. Open since 2009, the new Athenian architectural jewel box shelters all the treasures found up on the ancient rock!!! [visit the Acropolis Museum post for further details]

The main entrance from the Dionysus Areopagite street.

Between the Weiler Building and the museum. Maybe my favorite view, a collage of archaic ruins, a 19th century neo-romantic style ax hospital, some mid century residential buildings on the background and a 21st century museum that houses the elite of Greek ancient ruins!!!!!

Next to the main entrance we can found the ” mikri polikatikia” (small condominium) building, that caused lots of problems and fights between architects, archeologists and locals, weather it had to be demolished or not ( some say it disturbs the view towards the Acropolis). 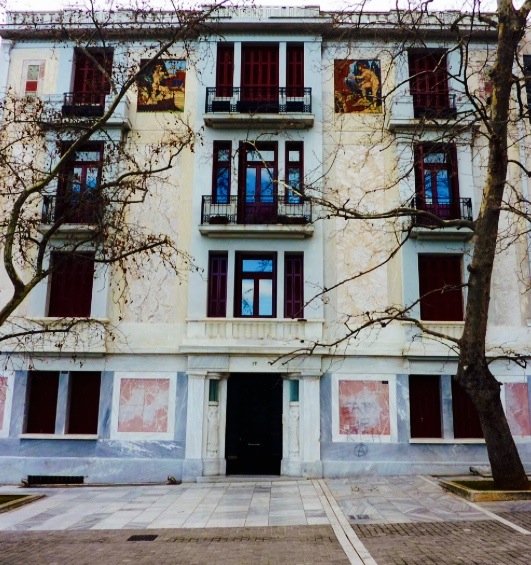 The facade of Mikri Polikatoikia, number 17 of Dionysus Areopagite street. 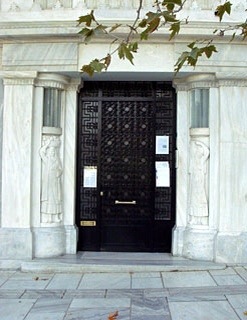 Detail of the entrance

The view from the museum with the back side of the building, that has been characterized as a protected piece of art and cannot be demolished, after all!!

A series of neo-classic, neo-romantic villas are following, all of them beautiful and well reserved. Most of them built around the end of the 19th- beginning of 20th century in order to house foreign officers who lived in Greece after the Turkish liberation and were part of the palace court.
My absolute favorite, don’t know if it really is the prettiest, is the one on the corner with Mitseon street, as my mother grew up in this beautiful house that nowadays roofs the Spanish embassy. 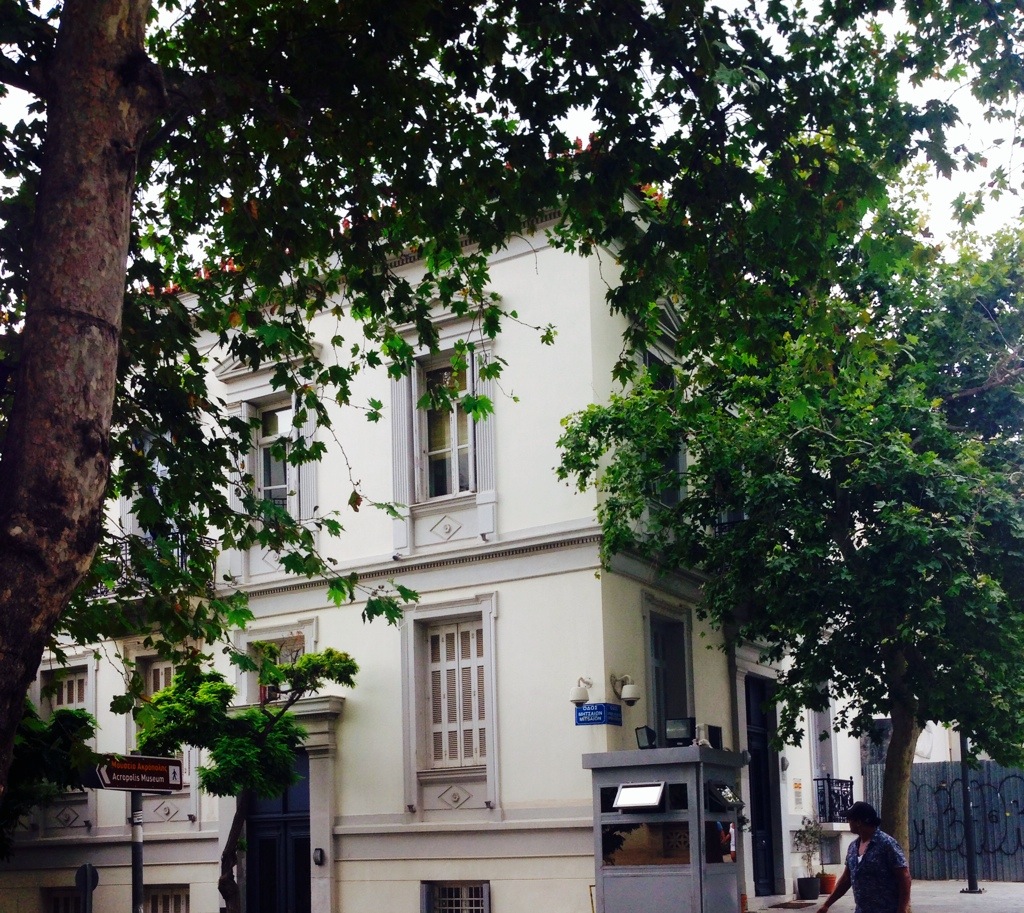 At the number 27, an extraordinary example of late Greek Bauhaus built by mr. Paerikles Sakellarios in 1962. 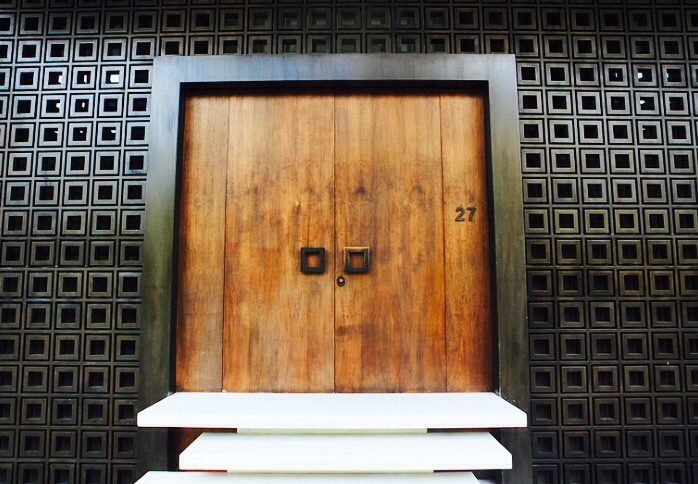 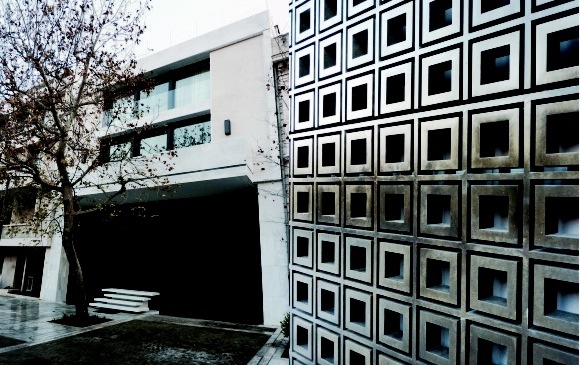 Proceeding towards Agiou Pavlou, the street the leads to Thesion, we follow the same motif, on the right the rock with the various monuments, for example the Odeon of Herodes Atticus, the Propylaea of Acropolis and the minor ruins that are now shown underneath the sidewalks and on the left the various villas and residences.

Last but not least, right across the Odeon of Herodes, one of the most important buildings of the Athenian social life, the Dionysus Restaurant. Not only an example of modernist perfection, but also the location where took place most of the important meetings and dinners of our modern history (It should be the impeccable view towards the Parthenon).

A prototype creation of an influential greek architect of the last century, Prokopis Vasiliadis, Dionysus is built (1962) at the foot of Filopappou hill and it is been said to have the perfect view towards the whole complex of Acropolis. Its spaces are placed climaxed on different levels for the best integration in the natural morphology of the terrain. A combination of different open spaces and terraces are creating a central patio. 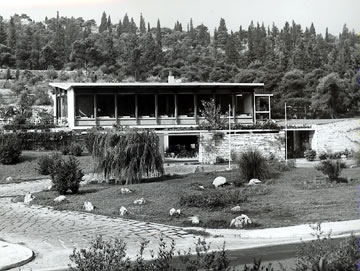 It is an original combination of modern architectural code in perfect balance with some greek traditional hints, through motifs and materials, mainly.
A special interest must be shown to the interior and exterior decoration, designed by the Greek painter Yannis Moralis, and his partner ceramicist Eleni Vernadaki.

And somewhere here, as most of the visitors do, I have to take a small break and admire the magnificent view…. 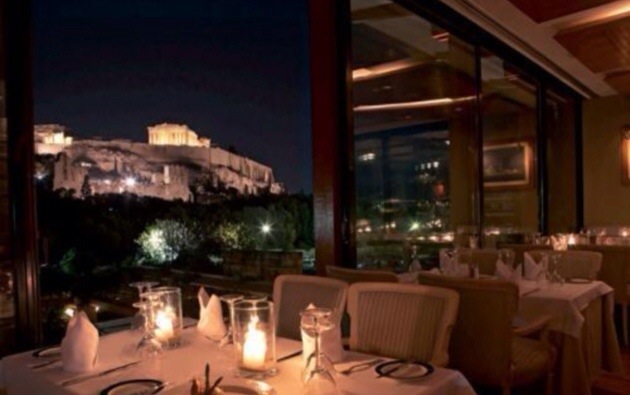