The concept of modernism is a central theme in the efforts of 20th century modern architecture. Gaining global popularity especially after the Second World War, architectural modernism was adopted by many architects and architectural educators, and continued as a dominant architectural style for institutional and corporate buildings into the 21st century. Modernism eventually generated reactions, most notably Postmodernism which sought to preserve pre-modern elements, while “Neo-modernism” has emerged as a reaction to Post-modernism. 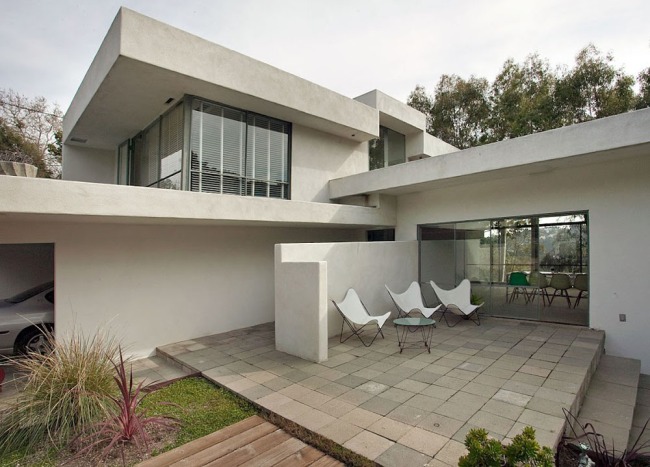 Interest in the simplification of the interior space and exterior facade progressed due to the work of Irving Gill, characterized by several Californian houses with flat roofs in the 1910s such as the Walter Luther Dodge house in Los Angeles. Rudolf M. Schindler and Richard Neutra adapted European modernism to the Californian context in the 1920s with the former’s “Lovell Beach House” in Newport Beach and Schindler House in West Hollywood, and the latter’s Lovell Health House in the Hollywood Hills.

Some of America’s best Mid Century Modern architecture is in the form of gas stations, with their simple space requirements and focus on innovative roofs.

Several of the best known names in architecture have created gas stations, around the world, including Frank Lloyd Wright, Mies Van der Rohe, Willem Dudok, Jean Prouve, Arne Jacobsen and Norman Foster, but nobody created a design package that was as enduring and comprehensive as Elliot Noyes for Mobil.

Mies Van Der Rohe’s Esso gas station on Nun’s Island from 1969. The building was an after thought, churned out by the office with no input by Mies himself.

Esso (Exxon) gas station in the Netherlands, by Dudok,1953 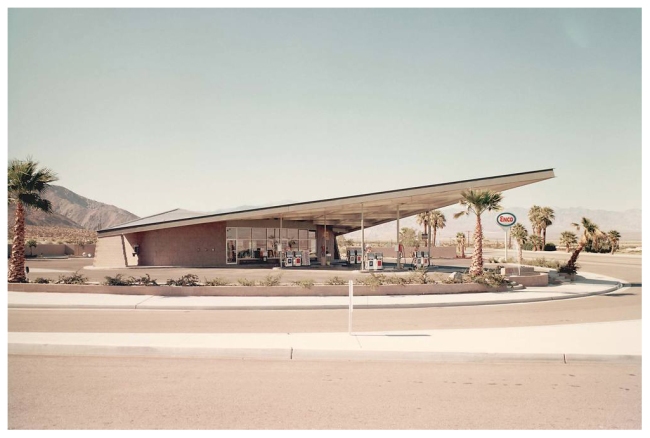 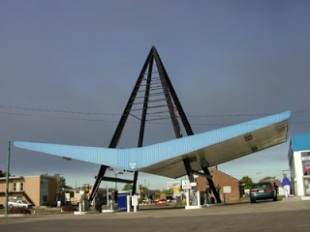 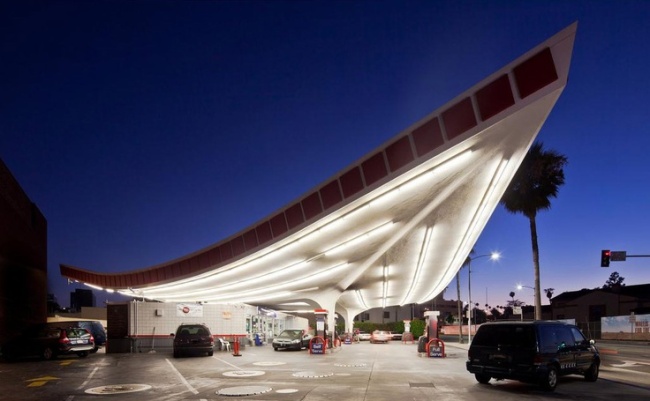 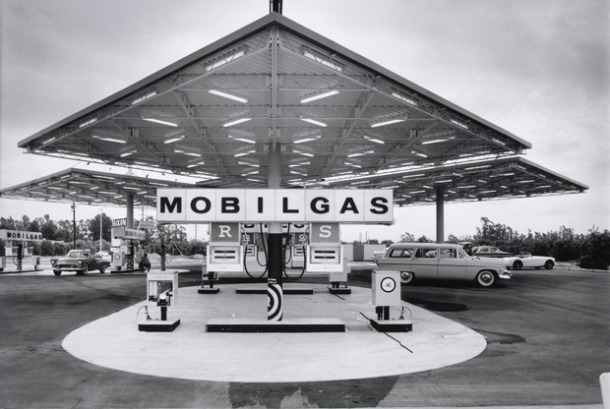 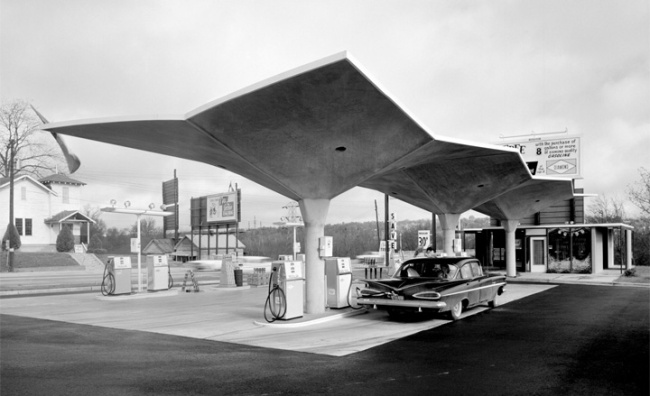 And another one in California, c.1955, Los Angeles

And a couple of european examples: 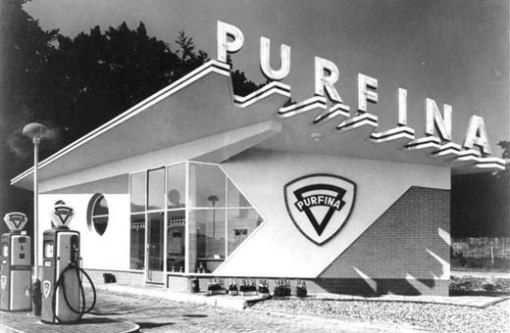 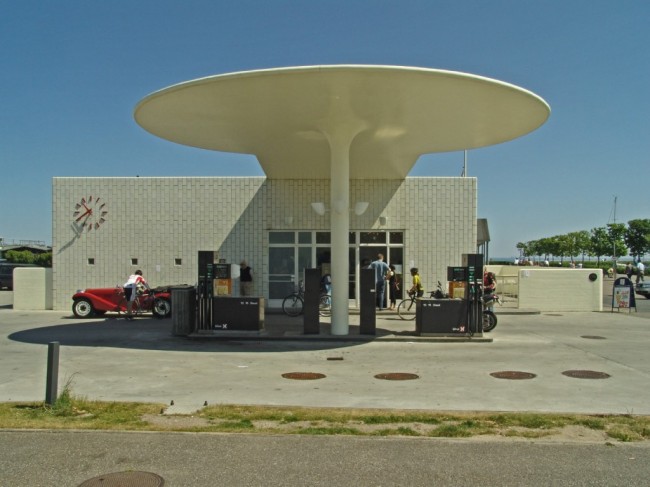