Maybe the most awarded hotel in Greece, the Grace of Santorini succeeds to offer what its name promises. Grace. Situated on the mesmerizing Kaldera of Santorini, a magic place that is in no need of emphasis, the Divercity and mplusm architects were able to create a place that stands full of grace without neglecting its particular context. 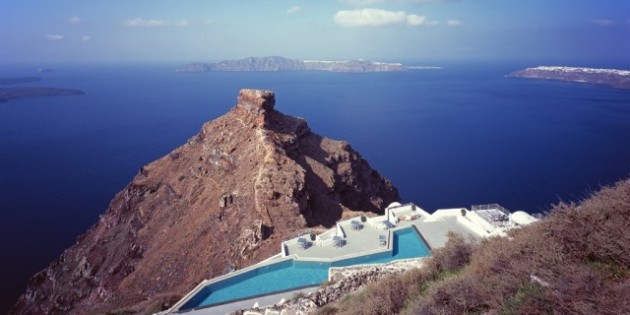 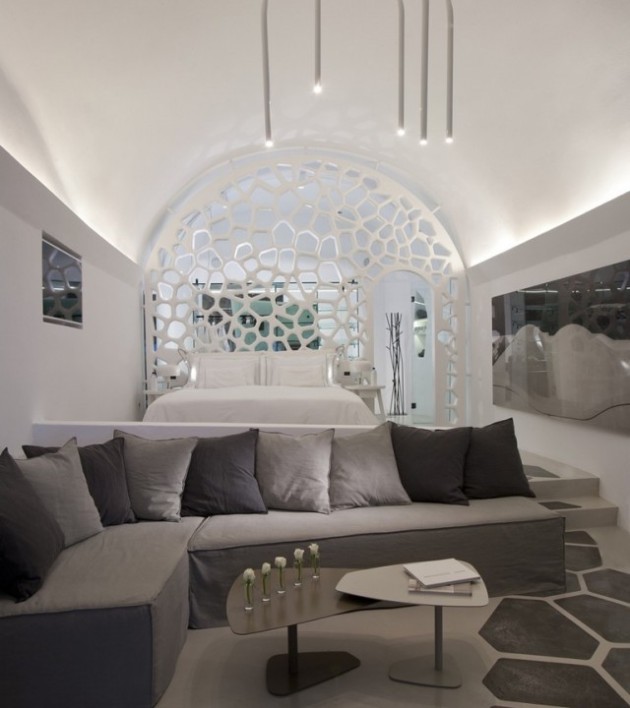 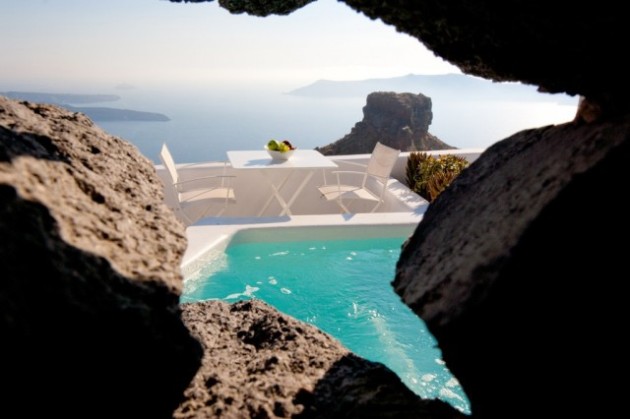 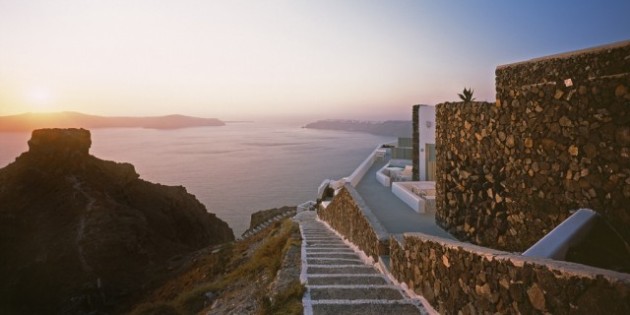 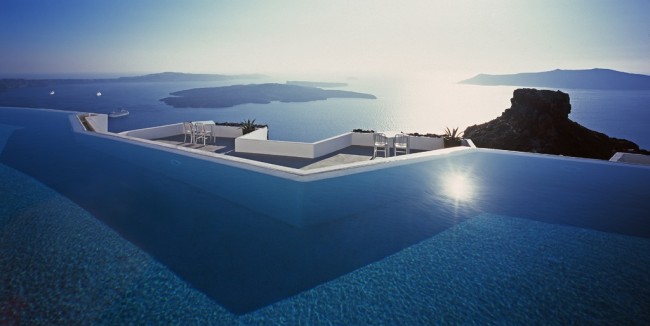 This 20-room hotel is carved into the cliff-face 300m above Santorini’s volcanic caldera. The understated design allows this extraordinary landscape to take centre stage. The hotel provides a contemporary interpretation of vernacular architecture: economy of space, radical simplicity, and organic forms. Like Santorini’s yposkafa- cave-like dwellings with rounded walls and domed roofs excavated from the rock-face- no furniture is free-standing. Custom-built storage and vanity units are moulded into alcoves. All-white interiors with brushed concrete floors reiterate the trademark whitewashed houses of the Cyclades. The infinity pool’s jagged outline echoes the zigzag paths that criss-cross Santorini’s sheer terrain.

Santorini’s hotel rooms are invariably front-loaded to face the view, leaving residents exposed to passers-by. To ensure privacy, fragments of volcanic rock are positioned in the windows of four rooms, interspersed with apertures that provide glimpses to the sea. The feature echoes a local architectural technique, more commonly used for retaining walls, in which minimal amounts of mortar are used, leaving gaps between the stonework. By exposing the stones and exaggerating the spaces between them, this light-filtering screen allows privacy and ventilation and casts dappled shadows as the sun goes down.