Spread across three floors, and spanning a total of 1,715 square metres, the museum charts Gucci’s remarkable 90-year history, from its beginnings when, in the tradition of his 14th century forbears, founder Guccio Gucci made his name as a purveyor of finest quality leather accessories, to its present day status as one of the world’s leading luxury goods brands.

In creating a space that reflects Gucci’s ethos whilst remaining sensitive to the Palazzo’s architecture, a meticulous restoration of the building’s interior sees old and new blend seamlessly to create a harmonious whole. The modernist lines and minimal colour palette of the contemporary updates integrate seamlessly with original features such as vaulted ceilings, age-worn stonework and frescoes. On the ground floor a collection of crests belonging to the original guilds has been added to with Gucci’s own coat of arms, itself a 1950s homage to the House’s alleged descent from a line of Renaissance saddlers.

Following its restoration, the building comprises a series of rooms devoted to a thematic exploration of Gucci’s icons and milestones. Whilst the basement houses the Gucci Archive, the public displays located on the ground and upper floors of the building showcase Gucci’s prolific output across a multitude of design disciplines from sportswear and travel equipment to high fashion and jewellery.

Taken as a whole, the elegantly curated contents of the museum document the creative and cultural influence of the House’s remarkable heritage. Viewed within this context, the fact that a brand so synonymous with the Tuscan capital has found its home in one of the city’s most iconic buildings marks a fitting high point in the history of two of Florence’s greatest and best loved icons. 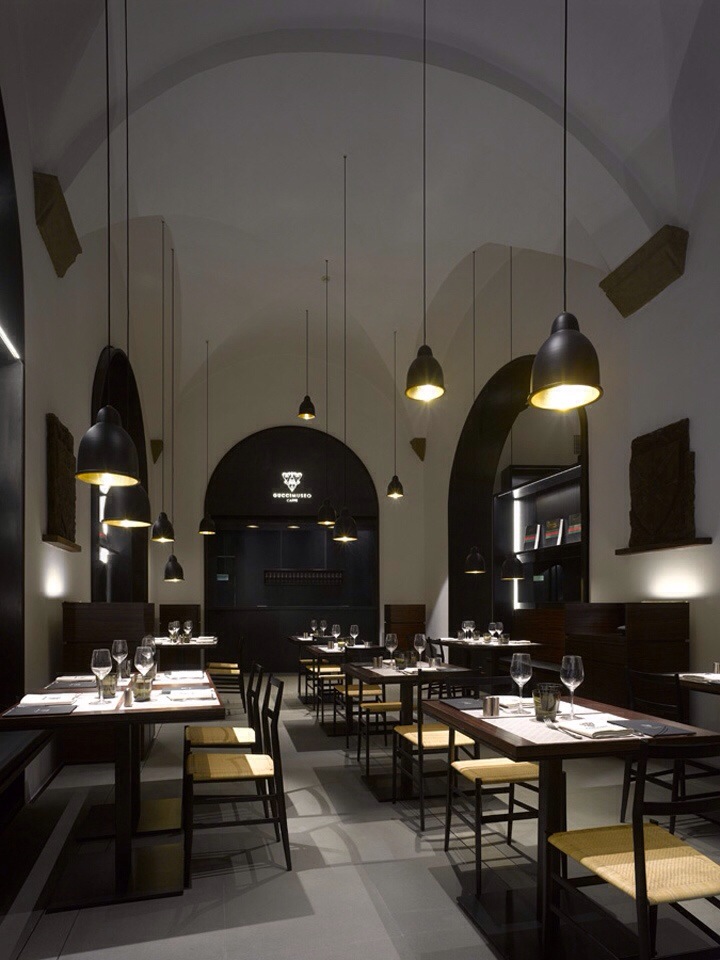 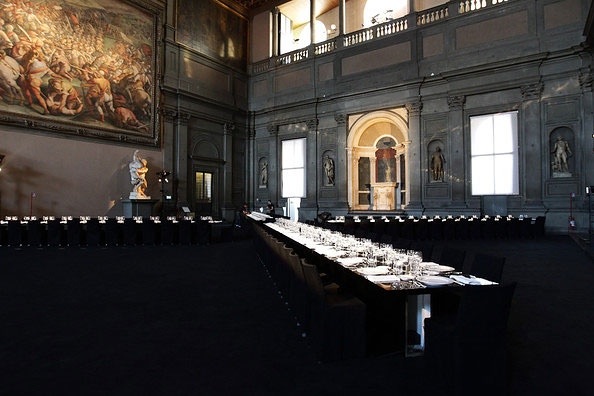 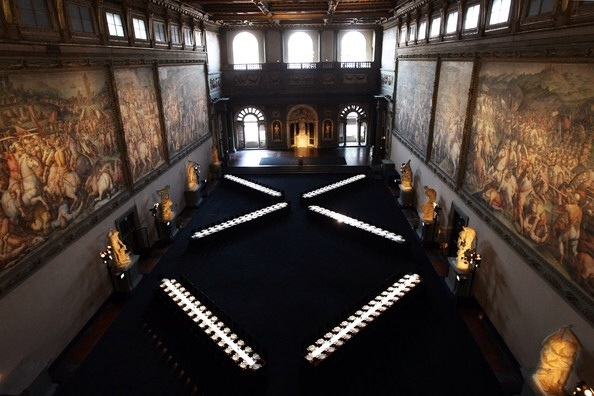 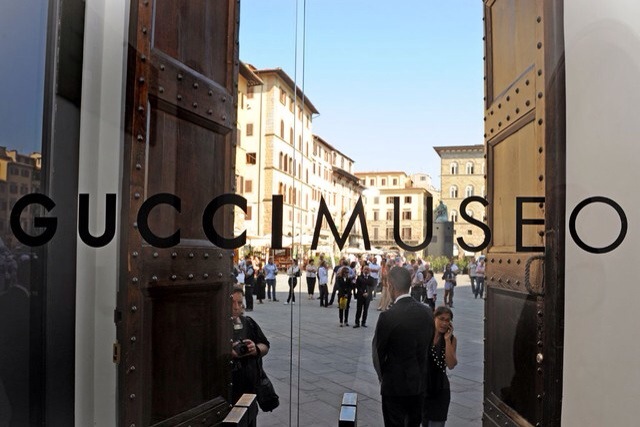 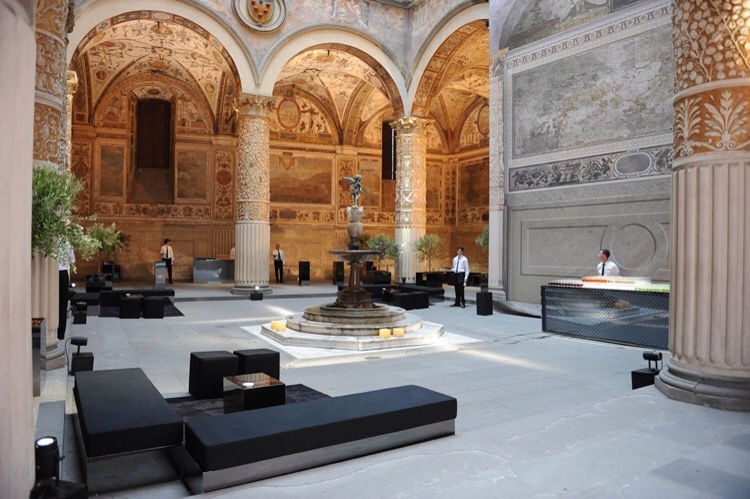 History of the building
From its vantage point overlooking the beautiful Piazza della Signoria in the heart of historical Florence, Gucci Museo’s location could scarcely be more auspicious, or apt.

The museum itself is housed within the Palazzo della Mercanzia, a building whose history is deeply entwined with that of Florence itself. Founded in 1308 on the site of an ancient Roman theatre, the Palazzo was originally established to support the trade guilds of the day. In serving the interests of the city’s cloth importers, wool manufacturers and silk weavers, the Palazzo became a powerful administrative base that did much to promote Florence’s emergence as one of the leading commercial and cultural centres of Renaissance Europe.

Over the centuries, a retinue of illustrious tenants, from high ranking government officials to members of the infamous Medici family, has taken up residence at Palazzo della Mercanzia. But its latest incarnation, as home to the Gucci Museo, is the one that enjoys greatest synergy with the Palazzo’s original purpose as a champion of Florentine art and craftsmanship. 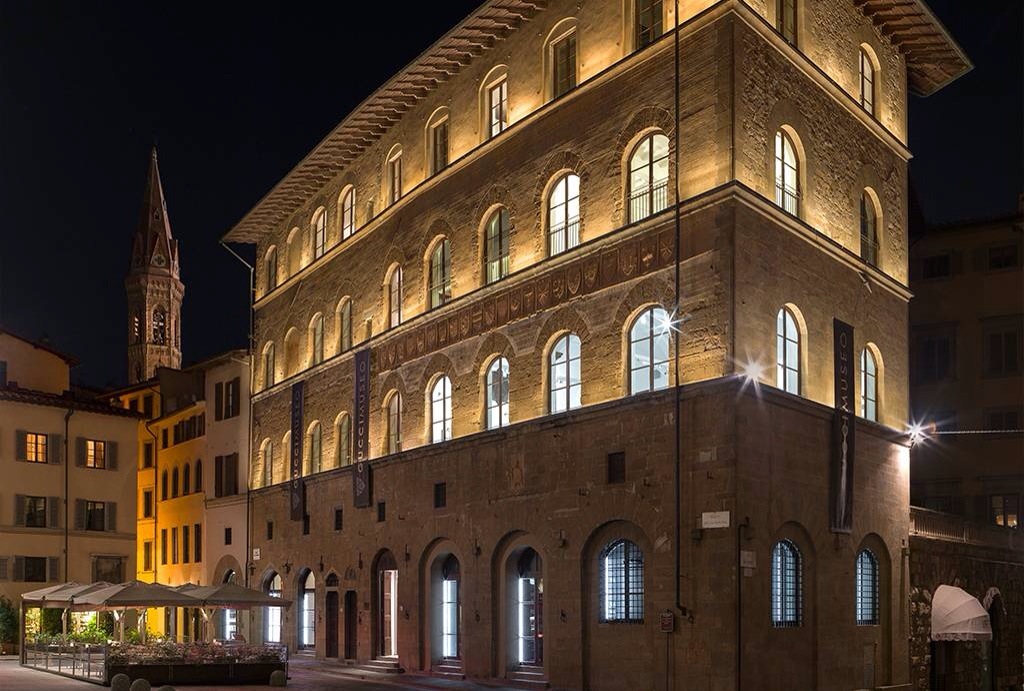 One thought on “The Gucci Museum, Florence”